According to research commissioned by TAL, only around half of all Australians hold some form of life insurance, and many are under-insured. 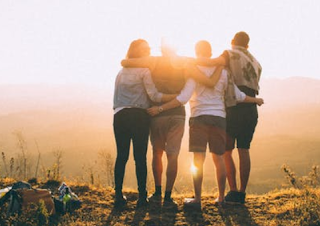 According to the ATO, there are almost twice as many active life insurance policies than there are working-aged Australians, but that does not mean Australians are adequately insured.

We look at how many Australians have life insurance, the reasons for under-insurance and explore what adequate insurance looks like.

At a glance
There are almost 22 million active life insurance policies in Australia, a recent federal parliamentary report found. Yet there are just 12.5 million working-aged Australians (aged 15-64), according to figures published by the Australian Institute of Health and Welfare.

Based on the numbers, it would seem Australians were more than adequately insured.

Only half of Australians hold life insurance
However, as part of commissioned research in 2015, respondents told TAL that despite the significant number of active life insurance policies, only 52% of them hold some form of life insurance.

What that means is that many of the 22 million Australian life insurance policies are held by people with multiple policies.

Under-insurance
As revealed in the commissioned research mentioned above, of the 52% of Australians who do hold life insurance, many are underinsured.

A summary by Vanguard Investments of the key points covered in Rice Warner’s Underinsurance in Australia 2017 report shows that if Australian families had to call on their life insurance policy, half of them would find only 47% of their family’s basic needs, or 28% of the amount required to maintain their family’s standard of living, was covered.

Even more concerning: the median level of income protection would only meet 21% of needs. That figure drops to 14% for the average total permanent disability cover.

Life Insurance – at any age
Life insurance can be tailored to suit each Australian life.

That can mean considering your age, life stage, leisure pursuits and life goals. It can also consider the amount of debt you carry (including property), the number of dependents you have, your current earnings and the life you envision for you and your family.

Popular posts from this blog

Times are tough. How can you position yourself to minimise the impact?

March 26, 2020
The last few weeks have been extraordinary to say the least. We’re battling a world wide health crisis and we face uncertainty in many aspects of our lives.  It’s true that there are simply some things beyond our control and we will more than likely see many changes to our everyday lives for the remainder of 2020 and beyond. So, what can be done?  On the other side of this, many people will be left with dramatic financial stress, whether it be periods of unemployment, depleted cash reserves or battered superannuation balances.  And for many, timing will be an issue. Those who were weeks ago contemplating retirement may now need to change their plans. And those that are still accumulating for retirement have more than likely just seen their investments and superannuation return to levels of 5 or 6 years ago. Essentially the clock has be wound back in one way or another.  It may well be a good time to take stock and lay some foundations for when things do recover (which they
Post a Comment
Read more

When Socks and Jocks don’t cut it anymore.

August 28, 2019
We have a solution  to avoid the old favourites: socks and jocks this Father’s Day.  As this weekend is Father’s Day, the focus should be on Dad.  You can purchase the actual book or the digital copy  so Dad can access year - round savings from his smart phone.  Part proceeds from your purchase, also helps a local Brisbane charity:  Be Uplifted Inc Breast Cancer Charity – so everyone wins!  Click here  to purchase Dad his Entertainment Book subscription. Another gift you could give Dad is encouragement.  To encourage Dad to have a conversation with a financial adviser about his super and insurances.  Why?  Maybe Dad has started a new job or had a promotion. Maybe Dad is nearing retirement? When our lifestyle changes or work situation changes, it affects your super + insurances. Reviewing these regularly will make sure Dad stays on track. Perhaps you know Dad has a few super funds hanging out there from previous jobs. This can affect a few things – especially Dad’s back pocke
Post a Comment
Read more

Andrew O'Brien
Andrew began his 10 plus year passion for financial services when he commenced studies in Financial Planning. With studies and training complete, a Diploma, certificates and other finance qualifications under his belt, in 2001 he ran a successful planning business in Brisbane. In 2009 Andrew decided to expand his skill set, do more study, and train to be a qualified Site Senior Executive in Queensland's resources industry. Enjoying his sea change, Andrew successfully managed many mining and exploration projects. Today, Andrew has returned to his first passion, the financial services industry. He has saddled up with professional colleagues at Hindsight Wealth. Fully qualified and trained, Andrew is looking forward to utilising his diverse skills, experience and expertise to help you gain more financial freedom. Andrew specialises in superannuation consolidation, investment strategies and personal insurance including life insurance and income protection. When Andrew is not busy meeting with existing and new clients and creating greater financial wealth for them, you will find him out on his boat beyond Brisbane shores fishing and exploring Queensland’s coast.