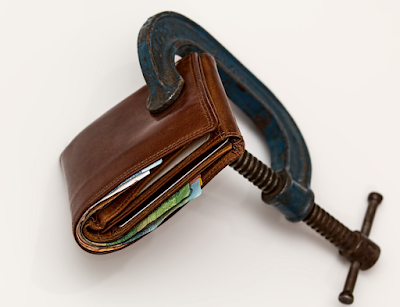 The world’s ageing population has recently been described by the World Economic Forum as the financial equivalent of climate change.  A study of the world’s 6 largest global pension schemes (essentially the aged pension that governments pay those who have retired) in the US, UK, Japan, Netherlands, Canada and Australia found that by the year 2050 there will be a shortfall between what needs to be paid and what governments can afford of some $224 trillion.

Governments simply won’t be able to afford to fund retirees via age pensions.  The main reason for this is the world’s ageing population, there’s an ever-reducing number of younger people in the work force generating income and taxes to fund the pension schemes that are designed to look after people when they retire.

Traditionally, the three stages people would go through is they would become educated, work for 40 years or so, retire at 60- 65 and live off the pension until they died at say 70-75 at best.

More recently, there has been a drastic change in that people are retiring around 60-65 however, rather than simply slowing down and convalescing, they are now in many respects starting a brand new phase of their life where they are doing new things, travelling, engaging in hobbies and living far more exciting lives, rather than simply retiring and waiting for the inevitable. In fact, for many people retiring now, they may end up living as many years in retirement as they did in the working phase of their lives.

To put this in perspective, in the early 1900s the average life expectancy was around 50, these days it’s around 85, people are living longer than ever before.  This is due to safer living conditions, cleaner water, better health care and people now having a better understanding of healthy living.  Life expectancy is likely to continue to rise in line with advancements in medicine also.

All of this may sound great, however it introduces a very real risk to the global financial system known as Longevity Risk.  Essentially, people are living longer and will likely outlive their savings and the capacity of world governments to support them.

This is a massive problem which has been known to governments for some time.

One solution to combat this is to force people to put away savings to fund their retirement.  Different governments have implemented different systems.  Here in Australia, the compulsory superannuation system was introduced in 1992 by then Prime Minister, Paul Keating.

So, is this system working?  Short answer is……sort of.  The problem is this.  Let’s say someone works for 40 years, they are forced to put away 10% of their income each year and let’s say their average income is $80,000/year throughout their working lives.  In total, they’ll contribute $320,000 into superannuation during the working phase of their life.  Is this enough, well not so long ago when life expectancies were considerably lower, it may well have been, but the reality now is that most retirees can expect to live for at least 25-30 years if not more.  Clearly, $320,000 is not enough.

So, what’s the solution?  Governments won’t be able to afford to provide adequate pensions in the future, so it will be up to the individual to look after themselves.  There is continuing pressure to increase the amount that workers are forced to put away in superannuation, however this will always meet resistance because people would prefer have their hard-earned cash in their back pocket, rather than have it taken from them and placed in superannuation.

The solution is that people need to firstly recognise the problem (as governments already have) and be pro-active.  And secondly, take control of their superannuation, remember that when the superannuation system was introduced in Australia 27 years ago, we didn’t have a choice of where our money went, now we do.  Understand where your super is being invested, make sure your money is diversified across quality assets, seek advice and don't just adopt an “it’ll be right” approach as the experts are telling us now, that it definitely won’t be.

Popular posts from this blog

Times are tough. How can you position yourself to minimise the impact?

March 26, 2020
The last few weeks have been extraordinary to say the least. We’re battling a world wide health crisis and we face uncertainty in many aspects of our lives.  It’s true that there are simply some things beyond our control and we will more than likely see many changes to our everyday lives for the remainder of 2020 and beyond. So, what can be done?  On the other side of this, many people will be left with dramatic financial stress, whether it be periods of unemployment, depleted cash reserves or battered superannuation balances.  And for many, timing will be an issue. Those who were weeks ago contemplating retirement may now need to change their plans. And those that are still accumulating for retirement have more than likely just seen their investments and superannuation return to levels of 5 or 6 years ago. Essentially the clock has be wound back in one way or another.  It may well be a good time to take stock and lay some foundations for when things do recover (which they
Post a Comment
Read more

When Socks and Jocks don’t cut it anymore.

August 28, 2019
We have a solution  to avoid the old favourites: socks and jocks this Father’s Day.  As this weekend is Father’s Day, the focus should be on Dad.  You can purchase the actual book or the digital copy  so Dad can access year - round savings from his smart phone.  Part proceeds from your purchase, also helps a local Brisbane charity:  Be Uplifted Inc Breast Cancer Charity – so everyone wins!  Click here  to purchase Dad his Entertainment Book subscription. Another gift you could give Dad is encouragement.  To encourage Dad to have a conversation with a financial adviser about his super and insurances.  Why?  Maybe Dad has started a new job or had a promotion. Maybe Dad is nearing retirement? When our lifestyle changes or work situation changes, it affects your super + insurances. Reviewing these regularly will make sure Dad stays on track. Perhaps you know Dad has a few super funds hanging out there from previous jobs. This can affect a few things – especially Dad’s back pocke
Post a Comment
Read more

Andrew O'Brien
Andrew began his 10 plus year passion for financial services when he commenced studies in Financial Planning. With studies and training complete, a Diploma, certificates and other finance qualifications under his belt, in 2001 he ran a successful planning business in Brisbane. In 2009 Andrew decided to expand his skill set, do more study, and train to be a qualified Site Senior Executive in Queensland's resources industry. Enjoying his sea change, Andrew successfully managed many mining and exploration projects. Today, Andrew has returned to his first passion, the financial services industry. He has saddled up with professional colleagues at Hindsight Wealth. Fully qualified and trained, Andrew is looking forward to utilising his diverse skills, experience and expertise to help you gain more financial freedom. Andrew specialises in superannuation consolidation, investment strategies and personal insurance including life insurance and income protection. When Andrew is not busy meeting with existing and new clients and creating greater financial wealth for them, you will find him out on his boat beyond Brisbane shores fishing and exploring Queensland’s coast.